Dear freshmen of next year,

Here are some tips on how to survive your first year of high school. Do not procrastinate at all. Procrastination is very much an issue and combating that issue directly can help you a lot. By not procrastinating you won’t be as stressed about finishing an assignment on time, your work will be way better quality since you don’t put off the assignment until the last day or last couple of days, and you’ll have more free time since you’ve already done all your work and do not need to do more. Ask questions. By asking question about topics you aren’t familiar with you can gain more knowledge about the topic and find out more about it. Do not isolate yourself from others. Making friends is beneficial socially and academically. Having friends can be fun and you can joke around about stuff but also having friends that are in the same classes as you can help. If you have friends that have the same classes as you, you can ask them questions about assignments, topics, etc. and also you can work together on assignments as more than one brain is better than 1. Have fun your first year. Freshmen year is the year you get introduced to a whole bunch of things and it’s important to enjoy it.

We have Darker Skin.

We are Peace Driven.

We are not terrorists.

The color of life.

The feeling of nature.

In the commenting game, I came across a couple blogs in which a chose a post to comment on. The first blog I came across is the blog of Olivia. I commented on her post about the diary of Anne Frank. I decided to comment on  this post as it is an interesting topic to me and is I would like to read Anne Frank’s diary soon. The next blog I stumbled upon was the blog of Ameer who lives in Canada. On his blog he had many interesting posts but I saw a post that talks about a Muslim’s diet. I decided to comment on his post since I am a Muslim and I like how he posted this in order to educate people about out diet.  The final post i commented on was a classmate who I consider a friend. Kyra made a blog post about racism and Islamophobia in America. This is important to me as I am a Muslim in America and have experienced this one way or another.

Styrofoam, something that many people use everyday and is accepted is never looked at it damaging effects on the environment. Styrofoam has many negative effects on our environment and on our health. Styrofoam can be used to make cups and plates or be used for packaging. The use of styrofoam can be considered convenient and useful but using for eating may not always be the best thing and it can get chemicals onto food and drinks.

Styrofoam is made by a chemical called polystyrene which is a petroleum-based plastic which means that the oil needs to pumped out of the Earth which isn’t good for the environment as oil is a fossil fuel. The way styrofoam is made is the small polystyrene beads are made from oil, next these small beads are put into a chamber where they are heated and expand to a much larger size.  Polystyrene can also cause cancer.

After styrofoam is made it cannot biodegrade or be recycled. So when styrofoam is thrown in the trash it doesn’t mean it going to eventually be gone, it will always be here no matter what. The chemicals in the styrofoam can also contaminate the local water source. Styrofoam cannot be recycled as the beads are expanded and cannot be turned back to their original state, thus being non recyclable. 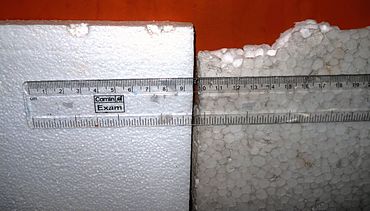 The Arab culture is very complex and certain things differentiate by country, so in this post I’ll talk about the basic principles of the Arabic culture along with Yemen’s culture, where I’m from. The Arab League is comprised of 22 countries, Algeria, Bahrain, Comoros, Djibouti, Egypt, Iraq, Jordan, Kuwait, Lebanon, Libya, Morocco, Oman, Palestine, Qatar, Saudi Arabia, Somalia, Sudan, Syria, Tunisia, United Arab Emirates, and Yemen. All these countries have a population which is a majority of Sunni Muslims, with the exception of Iraq and Bahrain which have a majority of Shiite Muslims. This leads to first aspect of Arab Culture, religion. As mentioned before these nations follow Islam, the world’s 2nd largest and the fastest growing religion. The religion of Islam was established in Mecca, Saudi Arabia by Muhammad (PBUH), who was Arab himself. After the death of Muhammad, his closest advisers became leaders of the Caliphate, in which they were able to spread Islam around the Arabian Peninsula, up to the Levant, across into North Africa and even Spain (this lasted until the reconquista). This explains how Islam spread. Yemen’s population is majority Sunni although there is large amount of Shias making about 45% of Yemen’s population. The Shias are mainly situated in the Northwest while the rest of the country has mainly Sunnis. Islam influences the clothes of the Arab people. In these Arab nations men commonly wear a tradition robe called a “thobe”. Along with this sometimes these men wear a “keffiyeh” which is a head wrap, its used to protect from sun. The designs differentiate by country. Women typically wear a black robe and a head scarf, this mixes in with the religion, these robes and scarves also have different designs and colors.

Terrorism is one of the main factors why countries like Libya, Iraq, Afghanistan, Yemen, and most notably Syria are in a state of civil war. In September 2001, the terrorist group “Al-Qaeda” led by Osama bin Laden attacked the USA and which caused “The Global War on Terror” which lead to the invasion of Afghanistan and Iraq by the United States. The Iraq War can be blamed for the rise of the Islamic State in Iraq and Syria or “ISIS” for short.

After the Americans  the dictatorship of Saddam Hussein, the country was controlled by a new government which oppressed the minority, but this new government wasn’t able to keep the country together as the previous did which left Iraq in a “power vacuum”. This lead to the previously mentioned Al-Qaeda to come into Iraq and fight in an attempt to establish an Islamic State. Eventually, these group of fighters disliked Al-Qaeda and broke away, established the Islamic State in Iraq (ISI). According to Wikipedia, an estimated 112,000 to 123,000 civilian deaths. These people died just for being at the wrong place at the wrong time.

In 2011, the Arab Spring occurred in which peaceful anti-government protest took place in countries all over the Arab World and caused many wars such as the Yemeni Civil War, Libyan Civil War, and of course the Syrian War. Syria is run by a dictator by the name of Bashar Al Assad the people of Syria are a majority of Sunni Muslims, while Assad and his government were Alawites, a minority in the nation. According to the LA Times, Alawites are a sect of Shiite Islam which alongside Sunni Islam make up to two branches of Islam. Politically these two branches despise each other, the biggest example of this is the superpowers of the Middle East, the Sunni Saudi Arabia, and the Shiite Iran who are currently fighting a proxy war in Yemen. 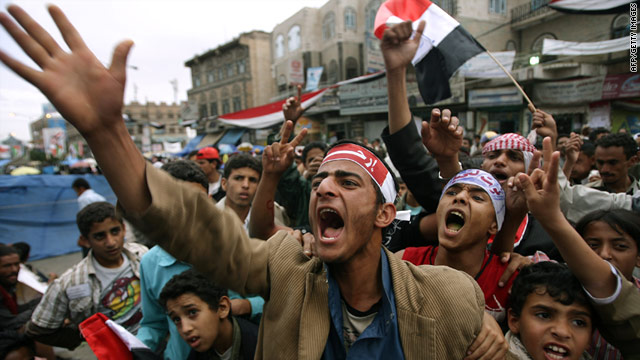 These anti-Assad protests soon turned violent as Assad started to crack down on protesters killing them as explained by “The Guardian”. These protesters were not going to get attacked for what they believe is right so these protesters fought back and alongside with former Assad forces became known as The Free Syrian Army. This lead to full-scale Civil War with the Russian and Iranian-backed Assad regime and the NATO and Saudi-backed Rebels. The Syrian Civil War is hands down the bloodiest civil war caused by the Arab Spring.

In 2013, the previously mentioned ISI saw this civil war as an opportunity to gain ground to establish their so called “Islamic State” the ISI now became known as “Islamic State in Iraq and Syria” or “Islamic State in Iraq and the Levant” (ISIS, ISIL). ISIS had no mercy and killed anyone in their way or anyone who didn’t agree with the strict interpretation of the Quran. According to Ibtimes, ISIS killed at least 33,000 people. In 2015, a Jordanian air force pilot by the name of Muath Al-Kasasbeh was flying a F-16 fighter plane when it crashed over Raqqa, the de facto capital of ISIS. ISIS fighters caught Al-Kasasbeh and executed him by lighting him on fire on camera. Muath along with many others have been executed by ISIS fighters in propaganda. 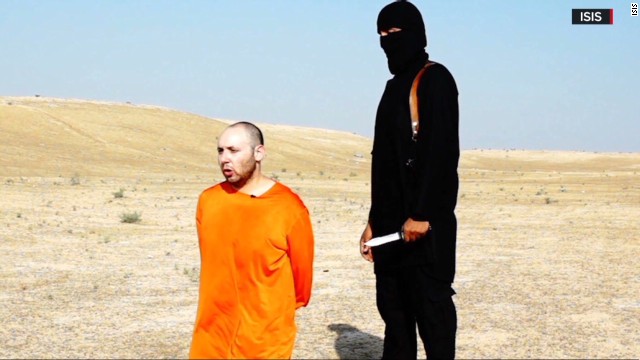 Assad’s use of chemical weapons

In 2013, Assad was losing ground to the rebels and he was desperate to stay in power he began to use chemical weapons against civilians killing around an estimated 1,300 deaths in that attack. By using chemical weapons Assad was committing war crimes. This caused President Obama to attack in Syria by airstrikes. In 2016, Donald Trump was elected President and Inaugurated in 2017. This week on 4/4/17, President Assad carried out a chemical attack on rebel held territory and killed many innocent people including children. This was the largest chemical attack in years. On 4/6/17, the United States blamed this attack on Assad and possibly infuriating the Russian Government, President Trump called for airstrikes on Assad territory, the first time the US attacked an Arab Government since Obama and Libya in 2011. 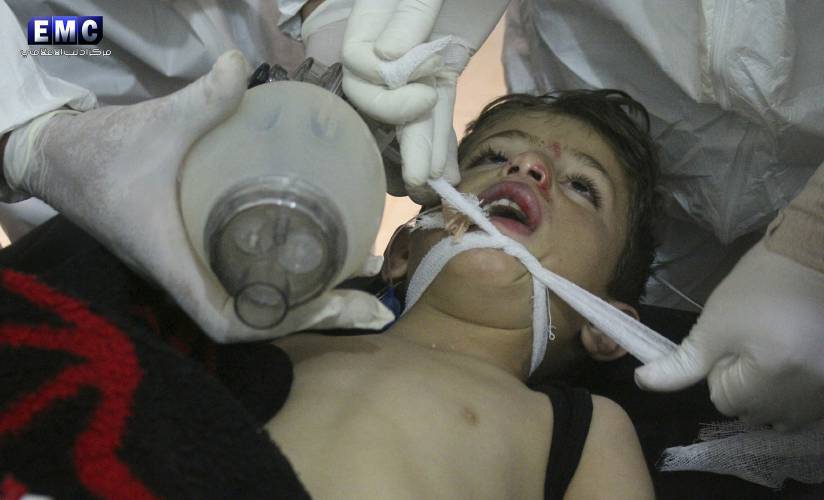 The Future of the war

This war as many of us are hoping to going to end, but when? No one knows whats going to happen we are just going to have to wait and see.

Commenting on blogs is a way the blogger and the viewer communicate, so you can see why it would be important for comments to have good structure to them so here are a couple of guidelines for commenting.

I’m looking at a confused person, They don’t know why I’m here or what message I’m trying to tell them. I’m very basic why isn’t anyone understanding me. I’m the basis of every painting. I’m blank. This person is starting to leave me and new people try to come a decode me. I’m basic why is everyone likes this when they see me.